KIND THINKER OUT IN THE WORLD

Kind thinker, out in

from the white towers;

Living, in the realm

not ‘they should’, only

Else we forget, the

and the value of

A fitting obituary is here:

He was only there for two years. Argument with management.

Here is a reasonably-well transliterified version of what he wrote, 300 years ago, in a different language, on the other side of your planet:

even the monkey seems to want

Don’t read on, I talk about poetry!

Here is another (older?), version:

Winter downpour
even the monkey
needs a raincoat

Although, I, being both a haiku ponce and nerd, prefer the first version:

The first cold rainstorm:
Even the monkey seems to want
a little straw raincoat.

And notice that I replaced that softer colon with a minidash, to honour the ‘cutting’ of the rules of haiku.*

The first translitation gets to the point, and enables the non-Japanese to ‘get it’, sort of, but Basho is being more specific and allusive (and ill- and el -usive) when he describes the first cold rain and the onset of winter in japan.

Japan is on the same latitude —or is it longi- ?— same -tude, anyway, meaning same distance above equator as the UK, but much colder, because it has no gulf stream, is an island chain in deep ocean not on a continental shelf, and has Siberia and Alaska as cold and distant neighbours.

And Basho would never presume to know what the monkey needs or wants.

Like Wittgenstein, he wouldn’t presume to know what a monkey might say, even if a monkey could speak English (or Japanese), he would merely offer a tentative finger pointing to a possibility…

A bit like a good playworker gently deflecting a child’s request to draw her a picture of a house (except when we don’t deflect, added a wiser playworker).

This exquisite ‘tentativity’ (!) is present in Basho almost always. And in good playworkers often.

There are several schools, on a continuum. One extreme is the ‘It has to have 17 syllables’ school: this is stupid for about 37 reasons (yes, ask me at break). The other is the ‘Just write what you feel, maan and arrange it like a poem, like’. That one is stupid as well, not in 37 small ways but in a 3 bigger ways.

I like to think I fall between two schools, because I don’t own a chair and I’m on the edge of both their catchment areas. But check out my SATs.**

My new acronym for SOCIAL ARGUMENT TECHNOLOGY, which is my NEW management methodology.

THIS IS SOOO COOL!

WordPress can make it snow on your blog!

I feel overjoyed like an 11 year old kid. It is actually snowing on my blog!

That’s why I changed the background to a late afternoon wintry dark blue – so it shows up better.

I wonder if the snow piles up at the bottom of the webpage?

And slowly drifts higher until all you can see is snow and you can’t read my blog?

That would be even cooler

(both senses. wow and brrr.)

THE REDISCOVERY OF FIRE

BUT SOME SPARKS HERE AND THERE

“Sutcliffe Play has donated a fire pit to an inner-city adventure playground to encourage children to learn how to manage fire safely.

“Toffee Park right in the heart of London, is an open access playground offering exciting structures, equipment and activities allowing children to play in a safe environment. The playground is open in the evenings and during school holidays and is regularly attended by around 250 children aged from six to 13 years old from the local area.

“Andrea Quaintmere, Manager at the playground comments: “Apart from campsites that allow fires, opportunities for using fire as a medium for working with children are increasingly rare.

“We have built fires in the past and have always received a very positive response. When I heard about Sutcliffe Play’s fire pit I was very keen to trial the equipment.
“The response from children has been fantastic and we’ve used it every day since it was installed, which has been brilliant in this cold weather! So far, we’ve mainly used it for cooking. With the help of the children we made pumpkin curry on Bonfire Night, baked apples and hot chocolate”.

“The fire pit has definitely had a positive effect on behaviour. Children find it relaxing and therapeutic. It also gives them a sense of belonging as part of the team looks after the fire, whether it be making the seating area from logs or collecting bits of wood to keep the fire going”.

“Having the fire pit has enabled the children to challenge their own perceptions of risk and fire. It has given them their own sense of health and safety, and we’ve found that older children have enjoyed safe guarding and teaching those younger than them about our fire policy.”

Playworker wisdom from Andrea there.

Dorfman’s play ‘Death and the Maiden’ (filmed starring Ben Kingsley and Ripley out of ‘Alien’) might be read as pomo in that it leaves open the question of what do you when you met your torturer; yet pleasingly, Dorfman feels that the text is not king and that a ‘fuller appreciation’ of the work of art comes with knowledge of the author’s biography.

Gratuitous link to playwork: to criticise the pomo trappings of the idealistic and autistic towers of ivory is to elevate them absurdly. Simply put, you can’t do pomo until you have mo, and much of what we call ‘Modern’ is essentially (continued in a GCSE sociology class near you…) out of date pseudo-science, at best*.  The solution is to junk it all and only allow back in the stuff that playworkers attest actually really honestly helps them do their job. Can we afford intellectual affordances which do not afford?

Affordances – yet another new play type?

Playwork theory, if it grows up, will start to aspire to the condition of bad alchemy. Or if it wises up it may become the hedge-magic (see Pratchett) of the old witch healer.

There are signs that this is happening: I dubbed it ‘barefoot playwork’ earlier this year. There seem to be more witches abroad…

*As is some Nursing theory –   Rogerian nursing Science exposed as pseudoscience:

the original Raskin article is lost because his site has been hijacked.

”Taken together, these studies suggest that mind wandering is ubiquitous — we spend nearly half our waking life in a daydream — but it’s also a talent we need to develop. (The worst case scenario, of course, is that a serious brain injury leaves us unable to escape from the daydreaming rabbit hole.) Instead of completely zoning out, we should work on staying a little more self-aware, ensuring there’s still some activity in the executive areas of the brain. Ennui is a cognitive gift, but it must be properly unlocked. We can get better at being bored.“

We knew this. Where was I? 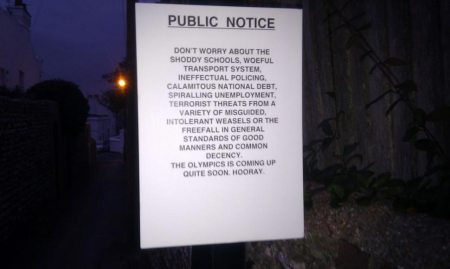 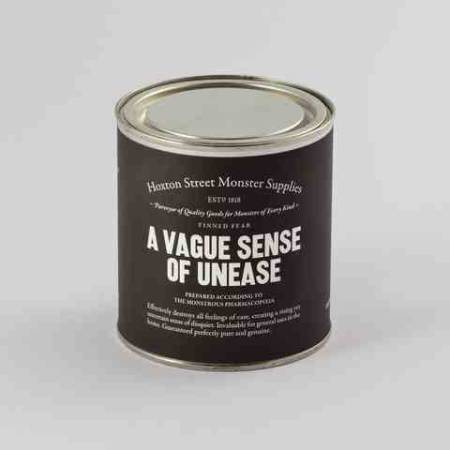 Excellent piece. The more the right diss it, the more I’m growing to like them. Rubbish title though.

Occupy London is a nursery for the mind | Madeleine Bunting http://gu.com/p/3324f

Executive pay soars while the young poor face freefall. Where is Labour? – http://feeds.guardian.co.uk/~r/theguardian/commentisfree/rss/~3/eisBe612bjs/executive-pay-young-poor-labour-anger

I love the comment that cheese is stolen because it is easily sold. ‘Ere mate, wanna score some E-mental?  Double Glos, very strong, Sorted for Chizz and Brie, innit?

We had a bit of a security kerfuffle here at Plexity Towers when it was discovered that OTHER PEOPLE can post items here!

As I keep saying, this scraplog is ‘in beta’ and I’m still trying to set it up the way I want it: specifically I want to make it difficult for spammers and baddies to post stuff, while making it easy for nice folks to say things. During this beta stage, I thought I had set it up so that I was the only person allowed to post here, but with a link to the Facebook fan page of the scraplog. I now realise that anyone on facebook can post here, as the lovely posts by Adrian demonstrate. Now, Adrian’s posts are lovely and helpful and positive, ANDnotbut I’m very worried yet again that bloody Facebook can drive a coach and horses through my blog’s security settings! Grr. Bad Facebook. note to self: sort out FB permissions and finish setting up the blog so comments can be made but only postings from me and invited guest bloggers. Don’t take this personally Ade – I really liked your comments. let me know if you find any evidence of that ‘enlightened self-interest we discussed. Blimmin’ interweb.

The Occupy Wall Street movement has not only been endorsed by celebrities like Susan Sarandon and Michael Moore – newspaper columnists are also cheering it on and a number of leading Democratic figures have expressed sympathy with the disgruntled Financial District campers. But the real proof that OWS is now the flavour of the month came with a statement of support from Ben & Jerry’s. The quirky, ‘ethical’ ice-cream company has become the first corporation to endorse the movement.

The Ben & Jerry’s board of directors said: ‘[W]e realise that Occupy Wall Street is calling for systemic change. We support this call to action and are honoured to join you in this call to take back our nation and democracy.’

But hang on, isn’t OWS all about challenging ‘corporate power’? Isn’t it about helping 99 per cent of Americans to wriggle free from the stranglehold of the Big Business one-per-centers? After all, the Declaration of the Occupation of New York City states that corporations are a threat to democracy and that OWS is a movement for all those who feel wronged by ‘corporate forces’.

When Slovenian philosopher Slavoj Zizek/Doing things like ‘recycling Coke cans’ or buying a Starbucks cappuccino because a small percentage gets donated to the Third World doesn’t challenge the system, he suggested. At the mention of Coca Cola and Starbucks he was cheered, /buying organic food may also be classified as a ‘pseudoactivity’ /

In fact, for the hipsters of Zuccoti Park taking part in the OWS movement is itself a feelgood activity. There’s a carnival-like atmosphere, with drum circles, live blogging, workshops, a soup kitchen and a library. Far from posing a serious challenge to capitalism, they are exercising a shallow form of politics that easily lends itself to fashionable posturing.

I hope she is wrong.

There are now, allegedly 351 protests like this globally – in Spain, it is called ‘the indignant’.
sounds British.

Just back from that London, where I very narrowly avoided becoming embroiled in street gang violence. On the receiving end. Not fun; very scary. Fret not, dear reader: I am physically unharmed and not robbed. Wrong place, wrong time.

Food for thought, coming soon (possibly) some musings – working title something like: “The natural history of the street”.

(‘Natural history’ is a term that predates what might now be called ‘biology, or biological sciences. I’m thinking of Gilbert White’s ‘The Natural History of Selborne’ from 1789, ‘The Peregrine’ by J.A.Baker, sort of thing…

searing analysis of the posturings 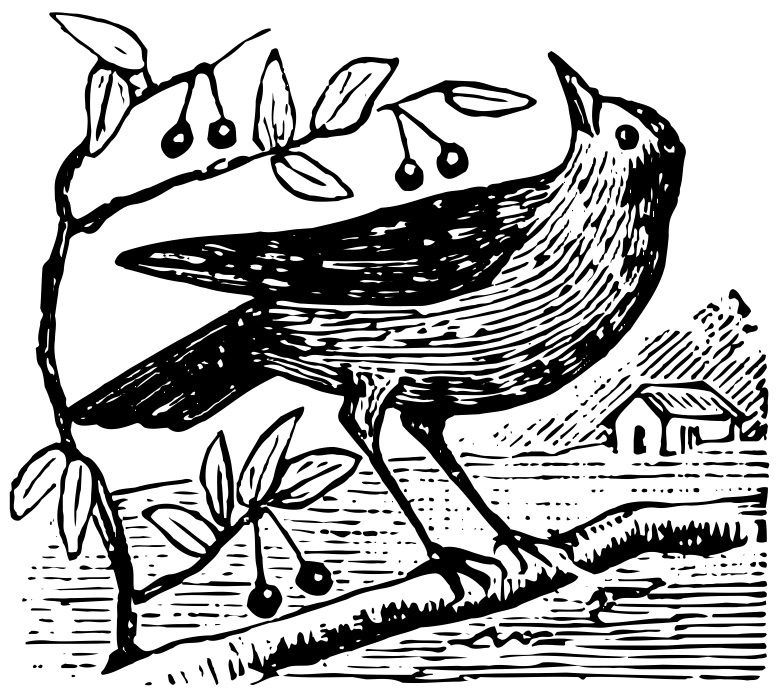 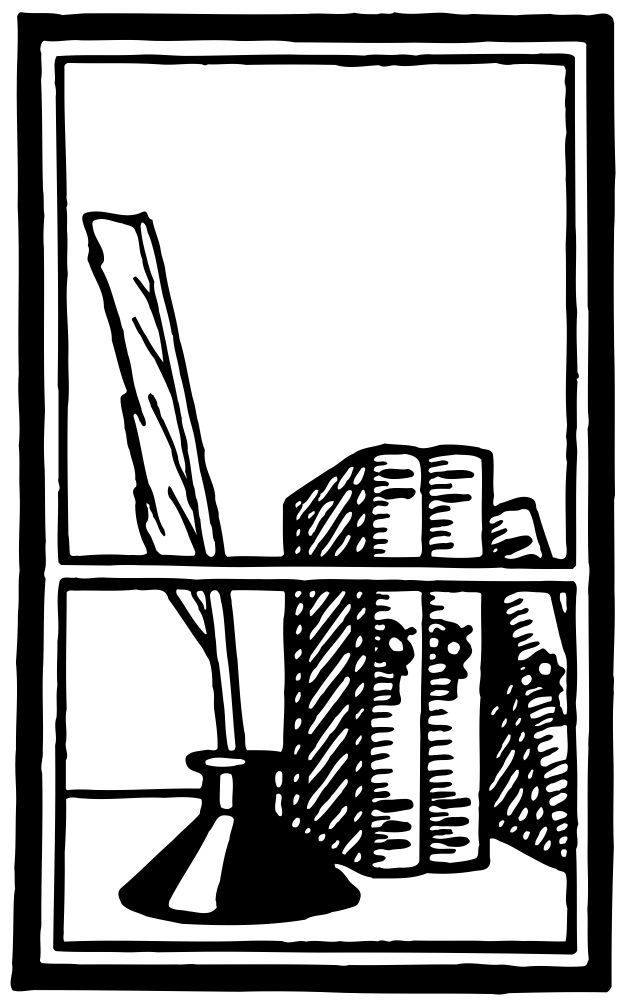 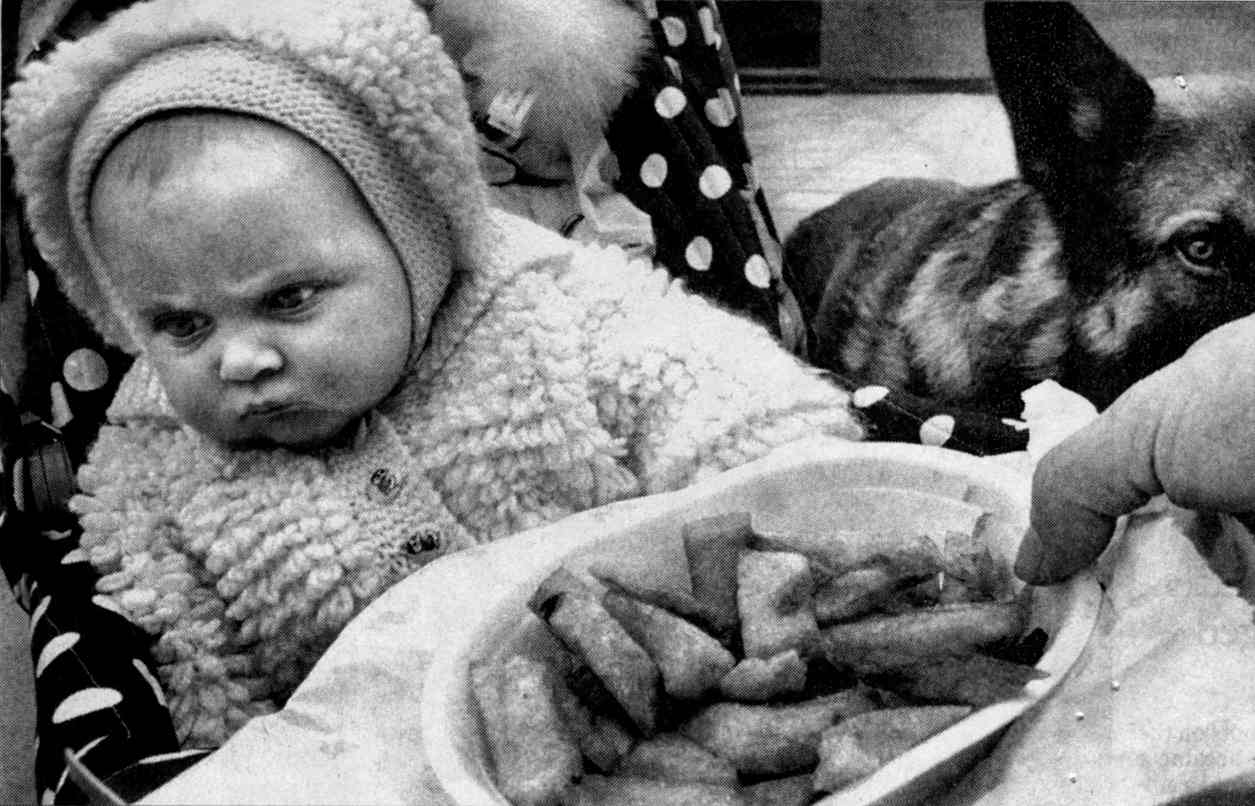 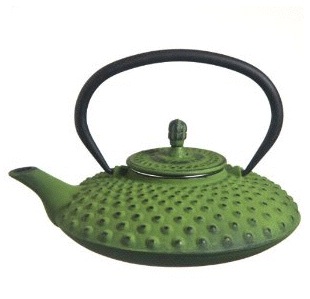 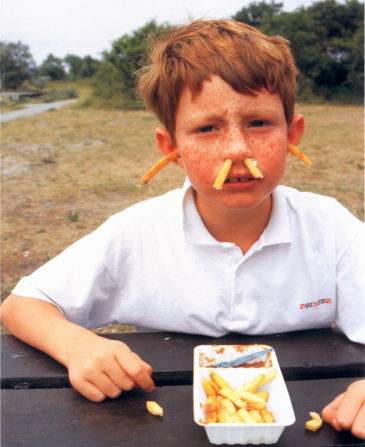 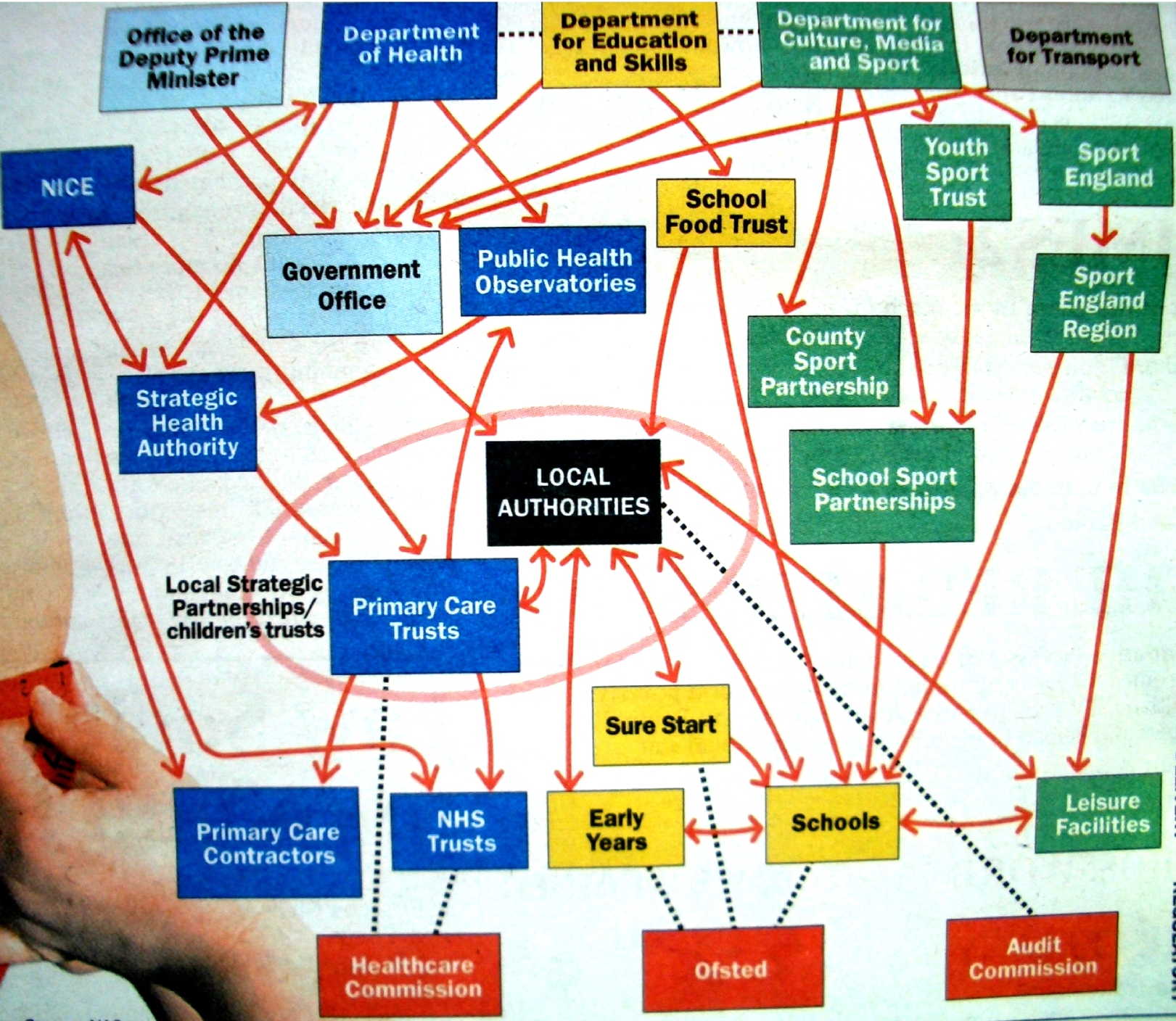 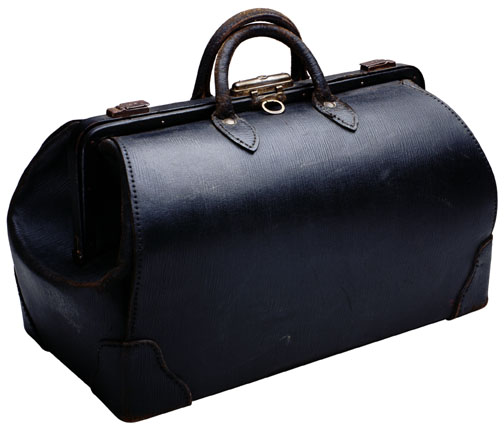 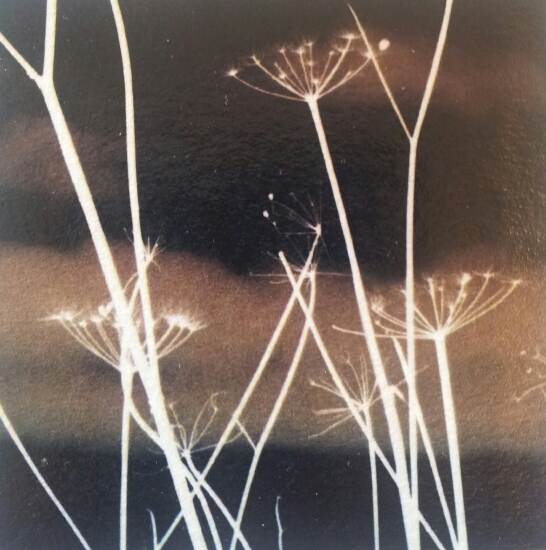 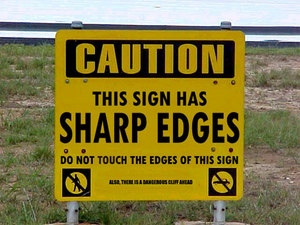